Some breathtaking art for the sometimes gloomy autumn days

Yesterday and Sunday I saw two amazing art exhibitions. The first one was a retrospective exhibit -- as well as a probe of the soul -- of perhaps the most famous Czech painter, Josef Capek (brother of Karel Capek, the man who gave us the word Robot in the play R.U.R.). I was absolutely blown away by the range of the man's work and by the range of the emotions he was able to express on the canvas - from the pure joy of a child at play all the way to the fear and anxiety of an adult during a war. The exhibit takes place until January 17 at the Prague Castle so if anyone is in the area during this time, I highly recommend visiting it.

And yesterday we went to see the Impressionism exhibit that is now being held at the Albertina Museum in Vienna. If I say that the Josef Capek exhibit was a probe into the soul of a man, then the Impressionism exhibit is a probe into the soul of the impressionist style, which is my favourite painting style. I like impressionism so much because the impressionists were the first painters to find the courage to abandon efforts to depict reality as precisely as possible and instead they tried to convey a feeling with their work. They were also the first ones to step out of the studio and into actual nature to paint their paintings. Of course at first they were heavily criticized, but they perservered and as a result ended up producing some of the most breathtaking art of all time.

And as a sort of bonus, not only does this exhibition present some breathtaking paintings from the likes of Monet, Renoir or Van Gogh, but it also presents fascinating insights into how they went about their work. This exhibition is on until January 10, I believe, so if you're in the Vienna area at any time between now and then, I again highly recommend visiting it.

But even if you will not be anywhere near Prague or Vienna in the next couple of months, perhaps there is an interesting art exhibit somewhere near your home. Especially in the sometimes gloomy autumn days viewing beautiful works of art can have a tremendously positive impact on our mood and optimism. At least it certainly works that way for me. Happy art seeing! 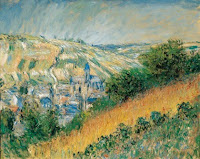 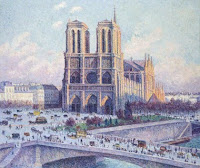 Posted by Tomas Jedlik at 1:12 PM No comments:

Email ThisBlogThis!Share to TwitterShare to FacebookShare to Pinterest
Labels: Inspiration

A little bit of adrenalin...

It's time for another Friday "from the lighter side" video. I'd never do something like this, but it's sure fun to watch:

Posted by Tomas Jedlik at 7:49 AM No comments:

Tomas Jedlik
I am a 45 year old Czech-Canadian living in the small town of Lysá nad Labem, Czech Republic, 25 minutes from amazing Prague. In 2004 I made the decision to consciously focus on living a life based on joy and happiness. I believe that the best way to do this is to actually make joy and happiness the absolute number one priority and live "from happiness" instead of "for happiness" -- I have and I do. And I hope to inspire others to also make this paradigm shift because I believe that's the best way to make planet Earth a better place for everyone. PS: In January 2014, I decided to update this blog to be more about increasing our consciousness and joy in our lives, simply because this is a shift currently occuring in me :-)